Lord (Zac) Goldsmith was born in 1975, and grew up in Richmond where he has lived for most of his life.

In 2016 he stood as the Conservative Party’s candidate in the London Mayoral election. He received just under a million votes, but lost the election to Labour. The Westminster Italian Conservatives played a very active role in the campaign.

Before becoming an MP, Zac directed and edited the Ecologist Magazine for a decade, and received Mikhail Gorbachev’s Global Green Award for ‘International Environmental Leadership’.

Outside of his parliamentary work, Zac continues to raise significant funds for a wide range of conservation and environmental campaigns. 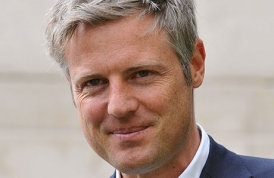